Ever wanted to go glamping? Well, this might be the the best starting point. Before our weekend at the Greedy Gander in Hereford, we had never been glamping, and to be honest, we had never been camping before unless at a festival. It was something we really wanted to try, but had just never got round to doing it.

To say we were excited was an understatement, we were absolutely giddy! We had seen the pictures online on the Canopy and Stars website and it looked like a little trinket-y dream.

Now, we’re not going to lie to you, it’s not exactly a hop, skip and a jump from London. However, we took the Friday off work and headed up early to make the most of it.

Driving to the middle-west of England is beautiful. You escape London pretty quickly,  head through the Cotswolds and before you know it, you’re in the free, flowery, mini village heaven that is Hereford.

We arrived around 3pm after a 4-hour drive  – Friday traffic is a KILLER – but we instantly felt relaxed. When we got out the car we could hear nothing but the wind, a few chickens clucking, a few lambs baa-ing and few goats… bleeting!? We were greeted by Charles, the owner of the yurt, almost instantly, who showed us round.

The yurt itself is tucked away in its own little spot with an unspoilt view of Hereford – well apart from the sheep that is. But surprisingly, as two girls from London, we loved it!

Charles brought the yurt back from Mongolia and it’s the real deal! The rope is all yack hair and the wood was held together with yack stomach, but don’t let that put you off!

The yurt is beautiful! Its full of little trinkets from all over the world and it has a really easy, hippy vibe. But, the property didn’t stop there. We also had our own kitchen – which we needed because both of our BBQs failed – and a fully functioning bathroom. I mean we weren’t really even glamping were we!? Apart from staying in the biggest, fanciest tent ever, which also had a full on door which locked… that was pretty much it…

Oh, we did find a few friends in the yurt with us, but nothing too scary. 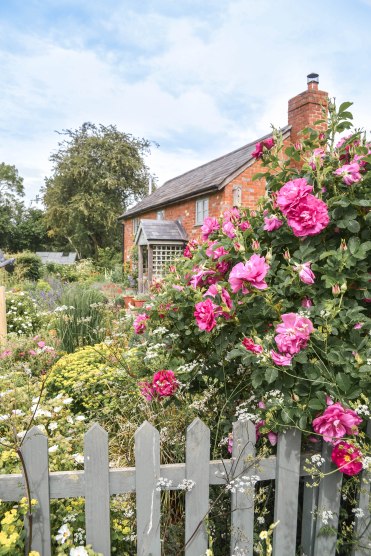 After we’d settled in we ran straight to see the animals – obviously! And O-M-G they literally made our trip!

There were lambs in the field just in front of the yurt, who – if you were patient – would come close enough for you too stroke! There were also the most friendly chickens we’d ever met, they would follow you around all day long. Then, the little billy goats gruff, who jingled everywhere they went, were in the last field to the right.

We would go and see all the animals as soon as we woke up, as soon as we got back from an adventure and last thing at night before we went to sleep. It was such fun playing with them and we felt like a big old family.

So, after arriving and once we were done with the animals, we simply got our books, a glass of rose and read while the sun went down. Of course, looking at the view, because let’s be honest, when you’re in the country on a beautiful day, what else are you going to do? 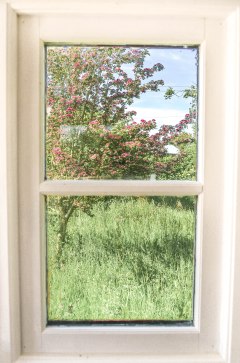 Although it probably doesn’t sound like it, between stalking the animals, drinking rose and sleeping we did make time for one excursion.

On the Saturday morning, we drove over to The Cat’s Back – only 45-minutes away from the yurt. The Cat’s Back is part of the Brecon Beacons and has the most stunning views over England and Wales. We were there for around three-hours, walking up the hill and along the ridge. However, you definitely could have spent longer. Some walkers even had a picnic – we have to admit it was the perfect day for it.

So, even though the yurt is too beautiful to leave, we would highly recommend you visit The Cat’s Back when you’re out here!

Overall, peaceful animal heaven in a beautiful tent. On the Sunday we really weren’t ready to leave, but the hustle and bustle of London was calling our names. We will be back Greedy Gander, that’s a promise.