Now the Praca Do Comercio square and Castelo De S. Jorge are grand but once you’ve seen the biggies, what else is there to do in Lisbon I hear you say? Well there is so much more than the big tourist attractions and some of them are maybe a little better! Now everywhere you go in Lisbon there is going to be tourist bobbing around but theses places are a little more off the beaten track…

Now one thing Lisbon isn’t famous for is its beaches, because in central Lisbon there are… none. So where do you go when you needed a little bit of downtime? Well, we were walking from the Time Out Market to Praca Do Comercio square and decided to walk along the waterfront and it was serene. 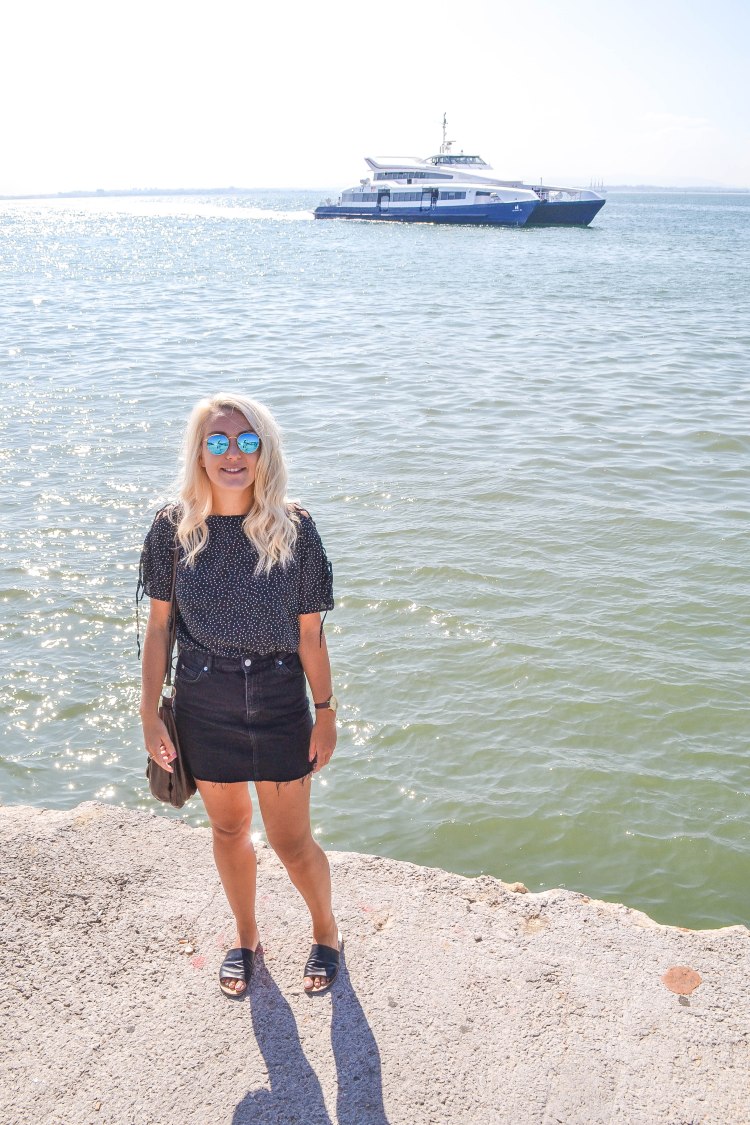 There are a number of places to relax and watch the ships go by, there is even a bar offering deck chairs so you can lie back, rest those weary legs after all the hill climbing and chill.

There is also a market down here during the day with lots of quirky little stalls which rival those of Feira da Ladra which is Lisbon’s flee market, open for one day only on Tuesdays. So if you not in town on Tuesday and have a market urge, this is your place.

Now if relaxing on a deck chair is really not going to be enough for you and your craving the unbeatable holiday feeling of the sand between your toes and the sea wind in your hair, Cascais is calling your name. It is only a 35 minute train ride from Estacao Do Cais Do Sodre station and well worth a visit.

There are a number of beaches here, some with rock pools, some silent and some busy with fruit vendors selling mangoes and pineapples, so there really is one for you. Or just beach hop all day they’re pretty close together!

While your down there it would be a sin not to head into Cascais town for a wonder and some food. It is formally an old fishing town so the fish in the restaurants is fab and there are lots of little cobbled streets to get lost down.

Now Lisbon we realised was made up of hills, more hills and then lots more hills but one of the benefits to this (apart from never having to a squat again) is the amazing view points.

The view from the Castelo De S. Jorge is good but our favourite was the view from Miradouro Sophia de Mello Breyner Andresen. You can get the Tram 28 pretty close, or even the 737 bus which brings you even closer, but once you hit the top its even more satisfying if you’ve trekked and earnt that drink.

From this view point, to your back you will have the Igreja e Convento da Graça which is a catholic church and although simple, beautifully kept, and to front what we would argue is the best view in Lisbon where you can see from Castelo De S. Jorge, past the Ponte 25 de Abril bridge and to the hills.

Luckily, there is also an outside bar where you can grab a glass of Lisboa red wine or a pint of beer and watch the sunset in all it glory!

Lisbon is pretty well cover in street art, some of different skill to others, however, if you head out of Lisbon for the afternoon you can reach the LX Factory in around 2o minutes from the Estacao Do Cais Do Sodre station by bus or tram.

There is some beautiful and thought provoking art pieces which are simply amazing, ranging from a 3D wasp protruding from the shop walls or the famous ‘until debt do us part’ piece at the back.

Now the art is worth coming for by itself, but if you wanted to make and afternoon of it there are a number of trendy bars and restaurants where you can appreciate the art from or a number of boutique shops which might be a better idea for holiday presents… apologies if you have already bought your grandma a yellow tram magnet!

The Moorish Castle and Pena Palace are clearly must see’s, both their architecture and history are spell-bounding but the Quinta da Regaleira is in the same league and you cannot leave Sintra without seeing it!

Not only is the place magical with some amazing gothic architecture and beautiful gardens, it houses the Initiatic Well that sinks 27 meters in to the ground, connects to underground passages that leads you out via a waterfall and through a grotto! If that doesn’t inspire you to go we don’t know what will! It is only a 5 minute walk from town so you don’t need to wait for a bus and amazingly it isn’t an uphill walk! 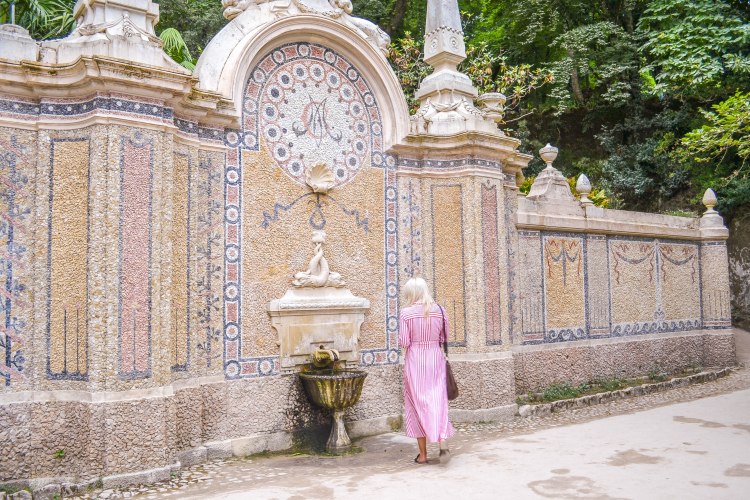 There is so much to do in central Lisbon and surrounding you could be there for weeks but we managed to make a decent dent in five days see all these beauties which weren’t on the fully beaten track too! Have fun exploring!